Evolution accounts for a lot of our strange ideas about finances.

Surprisingly — stunningly, in fact — research shows that the majority of people select the first option; they would rather make twice as much as others even if that meant earning half as much as they could otherwise have. How irrational is that? 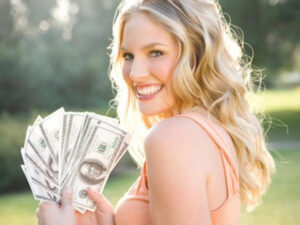 This result is one among thousands of experiments in behavioral economics, neuroeconomics and evolutionary economics conclusively demonstrating that we are every bit as irrational when it comes to money as we are in most other aspects of our lives. In this case, relative social ranking trumps absolute financial status. Here’s a related thought experiment. Would you rather be A or B?

A is waiting in line at a movie theater. When he gets to the ticket window, he is told that as he is the 100,000th customer of the theater, he has just won $100.

B is waiting in line at a different theater. The man in front of him wins $1,000 for being the 1-millionth customer of the theater. Mr. B wins $150.

Amazingly, most people said that they would prefer to be A. In other words, they would rather forgo $50 in order to alleviate the feeling of regret that comes with not winning the thousand bucks. Essentially, they were willing to pay $50 for regret therapy.

Regret falls under a psychological effect known as loss aversion. Research shows that before we risk an investment, we need to feel assured that the potential gain is twice what the possible loss might be because a loss feels twice as bad as a gain feels good. That’s weird and irrational, but it’s the way it is.

Human as it sounds, loss aversion appears to be a trait we’ve inherited genetically because it is found in other primates, such as capuchin monkeys. In a 2006 experiment, these small primates were given 12 tokens that they were allowed to trade with the experimenters for either apple slices or grapes. In a preliminary trial, the monkeys were given the opportunity to trade tokens with one experimenter for a grape and with another experimenter for apple slices. One capuchin monkey in the experiment, for example, traded seven tokens for grapes and five tokens for apple slices. A baseline like this was established for each monkey so that the scientists knew each monkey’s preferences.

The experimenters then changed the conditions. In a second trial, the monkeys were given additional tokens to trade for food, only to discover that the price of one of the food items had doubled. According to the law of supply and demand, the monkeys should now purchase more of the relatively cheap food and less of the relatively expensive food, and that is precisely what they did. So far, so rational. But in another trial in which the experimental conditions were manipulated in such a way that the monkeys had a choice of a 50% chance of a bonus or a 50% chance of a loss, the monkeys were twice as averse to the loss as they were motivated by the gain.

Remarkable! Monkeys show the same sensitivity to changes in supply and demand and prices as people do, as well as displaying one of the most powerful effects in all of human behavior: loss aversion. It is extremely unlikely that this common trait would have evolved independently and in parallel between multiple primate species at different times and different places around the world. Instead, there is an early evolutionary origin for such preferences and biases, and these traits evolved in a common ancestor to monkeys, apes and humans and was then passed down through the generations.

If there are behavioral analogies between humans and other primates, the underlying brain mechanism driving the choice preferences most certainly dates back to a common ancestor more than 10 million years ago. Think about that: Millions of years ago, the psychology of relative social ranking, supply and demand and economic loss aversion evolved in the earliest primate traders.

This research goes a long way toward debunking one of the biggest myths in all of psychology and economics, known as “Homo economicus.” This is the theory that “economic man” is rational, self-maximizing and efficient in making choices. But why should this be so? Given what we now know about how irrational and emotional people are in all other aspects of life, why would we suddenly become rational and logical when shopping or investing?

Consider one more experimental example to prove the point: the ultimatum game. You are given $100 to split between yourself and your game partner. Whatever division of the money you propose, if your partner accepts it, you each get to keep your share. If, however, your partner rejects it, neither of you gets any money.

How much should you offer? Why not suggest a $90-$10 split? If your game partner is a rational, self-interested money-maximizer — the very embodiment of Homo economicus — he isn’t going to turn down a free 10 bucks, is he? He is. Research shows that proposals that offer much less than a $70-$30 split are usually rejected.

Why? Because they aren’t fair. Says who? Says the moral emotion of “reciprocal altruism,” which evolved over the Paleolithic eons to demand fairness on the part of our potential exchange partners. “I’ll scratch your back if you’ll scratch mine” only works if I know you will respond with something approaching parity. The moral sense of fairness is hard-wired into our brains and is an emotion shared by most people and primates tested for it, including people from non-Western cultures and those living close to how our Paleolithic ancestors lived.

When it comes to money, as in most other aspects of life, reason and rationality are trumped by emotions and feelings.

Michael Shermer is the publisher of Skeptic magazine, a columnist for Scientific American and the author of “The Mind of the Market: Compassionate Apes, Competitive Humans, and Lessons from Evolutionary Economics.”